PUNTA CANA, Dominican Republic — Kaspersky Lab security research team just released details about "The Mask" (aka Careto) cyber-espionage malware, calling it "one of the most advanced threats at the moment" at the 2014 Kaspersky Security Analyst Summit.

Researchers told attendees The Mask is an extremely sophisticated nation-state spying tool and believe it to have been in operation since 2007. 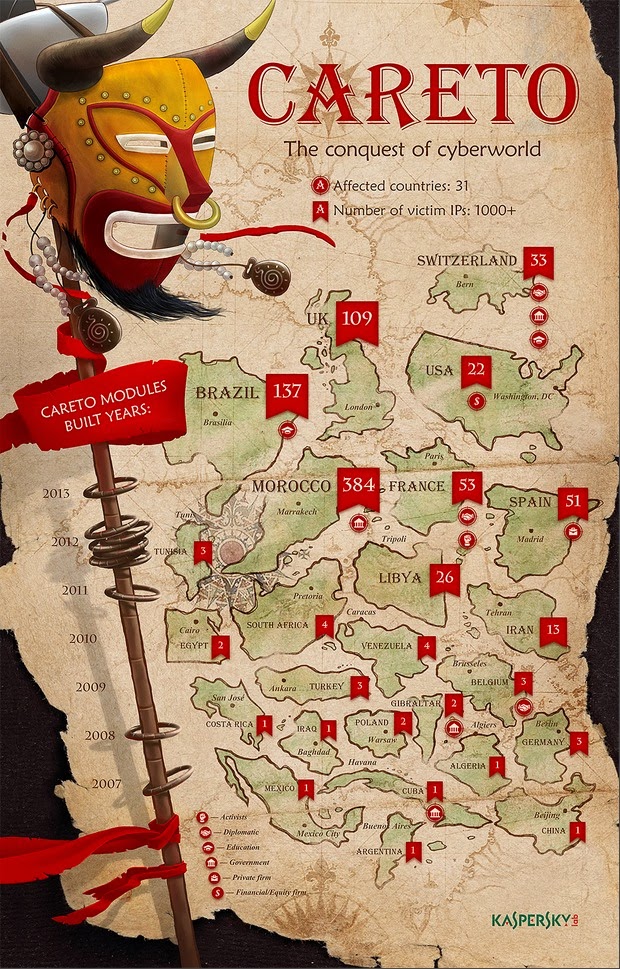