CryptSync Keeps Folders in Sync and Encrypts One of Them

Windows: Here's an incredibly clever and useful utility, particularly if you use online storage services like Google Drive or Dropbox. CryptSync syncs two folders while encrypting one of them, so you can have files that you work with and a secure backup of them at the same time. 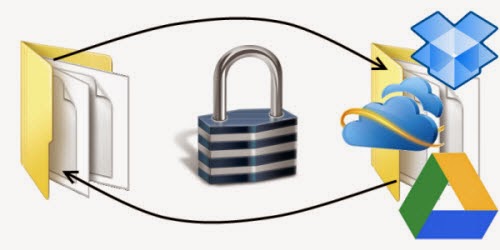 The open source program, developed by Stefan Kung, encrypts the folder using 7-Zip, so as a bonus you get not only encryption but also compression, saving you precious drive space. As Kung describes the tool:

CryptSync works by synchronizing folder pairs. One folder is called the original folder: that's where your unencrypted files are stored and where you work with your files. The second folder of such a pair is the encrypted folder which is where the files get copied from the original folder and encrypted. The encrypted folder is usually located somewhere inside your cloud storage sync folder.
It's ideal for encrypting files and automatically syncing them to your cloud storage folders, but you could also use the program to encrypt and copy files from, say, your desktop PC to your laptop or from your computer to an external drive.

CryptSync encrypts each file individually, and you can have the filenames encrypted as well. You can also run CryptSync from the command line and specify whether or not you want changes to the encrypted files to be synced back to the source folder.

All in all, such a handy tool.