Why switch to Windows 10 or a Mac when you can use Linux Mint 17.3 instead?

By Steven J. Vaughan-Nichols for Linux and Open Source | February 3, 2016 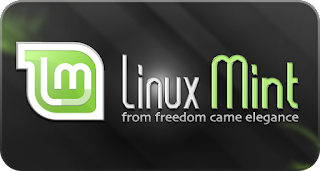 My buddy David Gewirtz recently wrote about the question of whether you should move from Windows 7 to Windows 10 or a Mac. I have another suggestion: Linux. Specifically Linux Mint 17.3, Rosa, with the Cinnamon desktop.

Yes, I'm serious. I use all the above desktops -- yes I'm a Windows 7 and 10 user as well as a Linux guy -- and for people I think Mint 17.3 makes a great desktop.
I've been using Mint as my main Linux desktop for years now. Unlike some desktops I could name -- cough, Windows 8, cough -- Linux Mint has never had a flop. Every year that goes by, this operating system keeps getting better. The other desktops? Not so much.
Let's take a closer look.at Windows 7 vs. Linux Mint 17.3
UI Differences
There's really not much. While it's even easier for a Windows XP user to move to Mint than a Windows 7 user, any Windows user won't have any trouble picking up Linux Mint with Cinnamon. There's a Start Menu and settings are easy to find.
Read more...

I've never used Mint. The various desktops I've used with Linux in the past were all clunky and non-intuitive and did nothing to make we want to leave Windows. I felt like moving to Linux would be taking a step backward, in terms of the basic pleasure of using the tool.

Mint may change my mind.