The array of possible workflows can make it hard to know where to begin when implementing Git in the workplace. This page provides a starting point by surveying the most common Git workflows for enterprise teams.

As you read through, remember that these workflows are designed to be guidelines rather than concrete rules. We want to show you what’s possible, so you can mix and match aspects from different workflows to suit your individual needs. 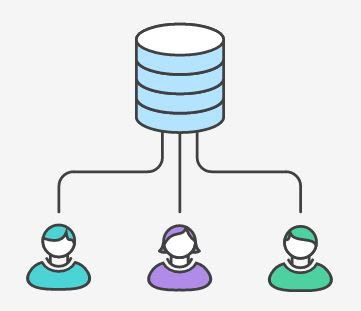 Transitioning to a distributed version control system may seem like a daunting task, but you don’t have to change your existing workflow to take advantage of Git. Your team can develop projects in the exact same way as they do with Subversion.

However, using Git to power your development workflow presents a few advantages over SVN. First, it gives every developer their own local copy of the entire project. This isolated environment lets each developer work independently of all other changes to a project—they can add commits to their local repository and completely forget about upstream developments until it's convenient for them.

Second, it gives you access to Git’s robust branching and merging model. Unlike SVN, Git branches are designed to be a fail-safe mechanism for integrating code and sharing changes between repositories.


Like Subversion, the Centralized Workflow uses a central repository to serve as the single point-of-entry for all changes to the project. Instead of trunk, the default development branch is called master and all changes are committed into this branch. This workflow doesn’t require any other branches besides master.